Ever since UK announced it would leave EU, the property market fears Brexit. But will it be so bad?

What Affects the Property Market

The property market follows a cycle of growth and crashes. It takes around 18 years for a new crash to happen and the last one was 2008 so there are still many years of growth ahead.

But the uncertainty over Brexit has analyts guessing the future and depending where you look, the sensationalist headlines (and the serious ones too) tell you that the current data shows growth, retraction and no change on house prices and rental rates. So pick your favorite and be happy!

The Property Market Triangle of Influence

There are 3 influencers on the proper market; 2 are short term and one is long term. What are they?

Supply and demand is long term and is the main driver of the property market cycle.

In the UK there is constant demand because there aren’t enough houses available for the population, therefore prices rise until they get overly positive and then crash. This is what happened with the credit crisis of 2008.

Credit availability, too much or too little, is represented by interest rates. Too high rates and people with not borrow.

In the case of Brexit, if there is a lot of fear and economy slows down the response is to lower interest rates to push the economy (which can explain why the central bank in UK has recently raised the rates – to have room to push the economy if needed later).

The credit availability is influenced by the the last influencer, the market sentiment.

Market sentiment is very volatile at times of uncertainty. We don’t know what will be the result of Brexit and because of that unknown, everyone’s is as good as the next. But many people panic and the media feeds the fear by giving catastrophic view points which at times are based on scenarios that may never come true. However, the media makes sound as true.

So when there is a negative event, like the crash of 2008, the market will go down. When there is nothing negative on the way, the future looks good and the sentiment is positive so the market goes up.

At the moment the uncertainty is present because we don’t know how Brexit will occur, but what ever the result, there will be an answer and uncertainty will disappear, the markets adapt and the cycle moves to growth again.

So Brexit will not affect the market so much more than it already has.

The important thing is to look at the numbers of the deal and think long term. If the numbers look good, go ahead. There are always possibilities to find good deals.

There is a great podcast that talks about this issue from Rob and Rod at Property Hub. Check it out here.

You found useful information! Share it on social media. I would greatly appreciate it if you commented below. and will be glad to answer any questions on the comment box. wish you a wonderful day! 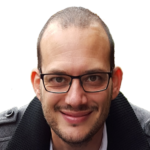 Translate to your favorite language